Go to the Projects 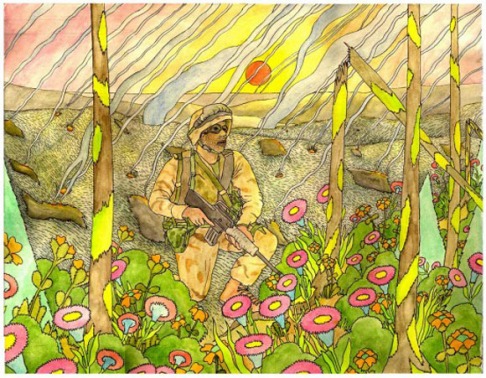 And other terrific artists. More artists than you could fit on a regular sized yellow schoolbus.

If you’re a follower of this blog and you live in Portland you will be interested to hear about the upcoming workshop/exhibition/circus/ruckus/comics multi-headed underground hydra monster that is The Projects. It looks cool. Being put together by Dunja Jankovic, an artist who contributed a really sweet drawing to DIY Magic. As a matter of fact if you liked the art in DIY Magic then this is the comics fest for you. Guests include Sammy Harkham, Kevin Hooyman, Panayotis Terzis and a bunch more. Also they are flying a bunch of international dudes over that I haven’t even heard of, but I bet they are kickass. Also looks like there will probably be some kind of fog-machine-puppet-show-with-laser-lights provided by the Oregon Painting folks and um, Pink Floyd.

It’s going to be at the IPRC. (Personally I never really understood the IPRC. They pretty much seem to just want you to pay monthly dues in order to use a copy machine that costs more than Kinkos to begin with. I know, I know . . .it’s really about bonding with other zinesters and writers. No thanks. I’m a misanthrope. I think all decent writers were secretly misanthropic at heart. You wouldn’t have to learn to write well if you could just talk to people. But I digress!)

My point is, I may hate talking to other writers about writing. But I love listening to comics-makers talk about comics, and do their thing. It’s inspiring. If you give a shit about REAL comics then check out The Projects. And hey, maybe consider kicking a few bux their way via the kickstarter page, ok? The National Endowment for the Arts sure isn’t going to. This is America!