“Routine, in an intelligent man, is a sign of ambition.”

A lot of what I think about and write about, when I’m not working on fiction, is the art of creativity. How can a creative person make sure that the muse shows up on time day in and day out.  It’s an old problem that has been pondered to the point of cliche throughout the ages, because there is no easy answer, there really is no guarantee that you can sit down to your work and be endlessly inspired. Sometimes we hit the wall. The dreaded writer’s block, or whatever the term is for your field. (Do dancer’s get dancer’s block?)

There is no 100% surefire way to always make your muse show up on time. There is however a trick that will make the muse show up, if not punctually, then at least consistently 95% of the time. It’s called having a ritual. Enacting a simple ritual every time you are about to create lets your subconcious know “hey I’m working here, give me a hand.”

NBA Players know the trick of doing a warm up ritual (they call it a routine) before taking a free throw shot. Every pro basketballer has their own signature move that they do before shooting from the free throw line, one guys wraps the ball around his waist three times, another guy dribbles and then rubs his cheek. Jason Kidd blows a kiss before each free throw.

To give you a sense of just how odd and specific some of these routines are here is Reggie Millers: he puts salt on his left hand (!) presses the ball on his left hip, taking a shooting motion with his right hand, dribbles three times and THEN shoots.This helped him to shoot an astounding 89% from the free throw line. Karl Malone would spin the ball on his fingers while whispering a secret mantra to himself.

NBA player Dirk Nowitzki hums a pop tune by David Hasselhoff of Baywatch before shooting, called “Looking for Freedom. His free throw record is terrific, which goes to show it doesn’t matter how odd or idiosyncratic your own personal ritual might be. I myself have a wind up that I use for putting in Disc Golf, and when it clicks I can tell my shot is going in even before it leaves my hand. Yes, I play Disc Golf, hey I used to be a hippie in college, ok?

Put simply the ritual calms the minds jitters and lets the body know that you are beginning a series of moves that you have done many times before, so it can happen almost automatically. Surprisingly the same effect seen in sports is also observable in the arts.

Stravinsky, arguably the last great classical composer, would always play a couple Bach fugues to warm up every day, before he got down to the business of composing. The Author Thomas Wolfe would get undressed to write in the buff, resting one hand on his genitals while he wrote—it must have worked, his highly praised epic “Time and the River” is 896 pages long. Beethoven would start each day with a cup of coffee, it had to be made out of exactly 60 coffee beans, so he would count them out before brewing the cup! (He would also sometimes pour pitchers of water on his hands while bellowing ideas for new songs, until his servant would crack up, and then Beethoven would get angry at him.) The philosopher Kierkegaard would pour sugar into a cup until it piled up above the rim, and then he would douse this with the strongest coffee he could get his hands on, and drink it down with great delight. 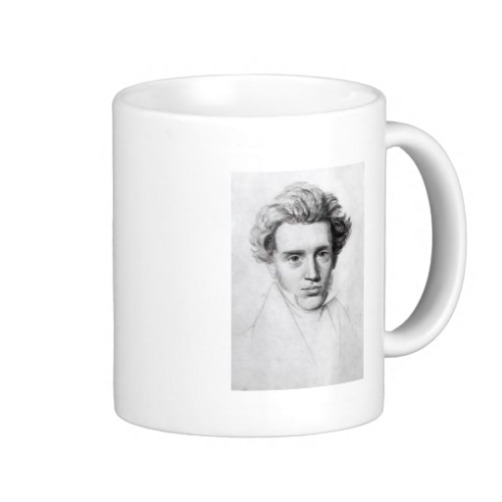 Thomas Mann, the writer, would smoke “12 cigarettes and two cigars” while writing from 9-noon. One of my favorite writers, Haruki Murakami goes for a 3-4 mile run every morning before writing. Woody Allen find showers inspiring so sometimes he takes a bunch of extra showers. David Lynch would go to the same diner every day at 2:30 and drink a giant chocolate milkshake, for the rush of ideas he would get from the sugar. Hemingway would begin writing “at first light” and always stop while he still had an idea of what came next, so it would be easy to pick up the next day. He also wrote standing up and said that if you are working on a book you should take one day a week and reread through the whole thing from cover to cover. (I think if every writer took this advice the quality of literature in the world would rise drastically.) Faulkner would work at home in the library, since he didn’t want to be disturbed and the door had no lock, he would remove the doorknob and take it with him!

I love that one. The modern day equivalent would be to go somewhere to work and not take your laptop or smart phone of anything that can be distracting. This is my ritual. I like to go and write at a coffee shop, bringing with me just a notebook and pencils. This way I can’t be distracted by the internet or different chores that always need doing at home. Furthermore I don’t bring a book or anything. So I have to write—I would feel stupid sitting in a coffee shop and doing nothing at all, and I have my notebook with me so it is the only choice I leave myself. ( Later, when the project has already been written down in pencil I type it up at home.When I am typing at home I drink endless cups of Yorkshire Gold tea, and it has to be from my lucky black typing mug, which used to have a logo but that wore off long ago.) it’s a pretty straight forward ritual. I think the key is the pencils. I use the very finest pencils I can find. And a good sturdy German made brass pencil sharpener. As soon as I sip my first mouthful of coffee (lotsa cream, lotsa sugar) and spend a few minutes making sure that the 2-3 pencils I have brought with me are all nice and sharp then ideas soon begin to flood into my head because I have trained subconscious to recognize that hey—it’s idea making time!

You can create one on the spot. Or maybe you already have the beginnings of one and you just hadn’t realized it, but now you can deepen that ritual. You can also steal a little bit from the greats, hey, if there is ritual common to a lot of thinkers it is strong coffee! Tea works too. Long walks to gather ideas are also common morning rituals. It could be something as simple as sharpening 3 pencils. Or as odd as stripping down to write in the buff. Whatever works, you could also choose to make a ritual of doing a bit of yoga, or meditation, or dancing to a bit of music, it could be anything at all, the important thing is the repetition.

Whatever it is, make it your own, and do it without fail every time you sit down to work on something. Soon you will have made an agreement with your muse. When I do this little ritual it is time to get to work!