This month I’m featuring artists who contributed illustrations to DIY Magic. Here is my interview with Jason McLean.

While I was in New York I got a chance to meet Jason McLean, a fantastic painter and a really great guy. He invited me to see his collection of autographed Pez. So I got to check out his studio in Brooklyn and hang out. So, some of these pictures I just took on my phone and others are from art galleries. Jason McLean has the world’s largest collection of autographed Pez! So cool! (& he makes zines too.) 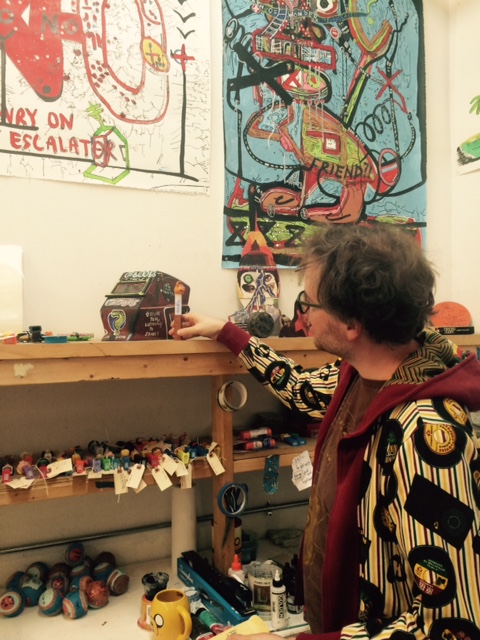 Jason McLean in his studio with some autographed Pez

Your work seems strongly influenced by your surrounding environment. Do you ever try to use that on purpose? Like, I’m going for a walk over here and I’ll see if it turns into a cool idea for a painting? Does living in different cities produce different kinds of art?

Lately, I’ve been doing things that distract me, or that I want to happen I can draw them out in my drawing. For instance, I want to go get autographs right now but I can’t I need to get art work done for shows, so I thought I would do artwork about the autograph. Another recent work is about Pittsburgh, I know I cannot live there right now but I am drawing it as if I do live there. Kind of like, a way of fulfilling these things that I want to do, almost virtual in some ways. But it is more of a physical object, but I am doing it in a virtual way. I’m not physically travelling to Pittsburgh but I am there in my drawing, like astro projecting. Lately I’ve been thinking a lot about this, not being able to do things because of commitments but able to act them out through my art work. If I want something to happen I can have them happen in my drawings. Certain scenarios happen in the city that inspire my drawings, like surreal imagery, for example I was on the subway recently and there was a lady singing off key and dancing to Katy Perry, then a guy gets on the same car with a giant door, and another guy got on wearing a hood with giant mirrored sunglasses, put on climbing gloves and grabbed the pole. Other people on the subway were looking at each other as if to ask “what is going on?” 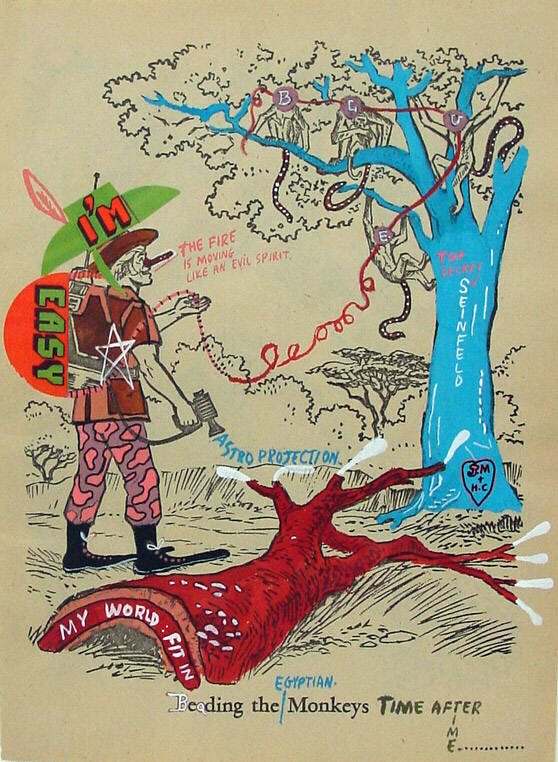 Do you have any tips or tricks for tapping into creativity?

Sampling, listening to radio, television, or recordings. Walking around and sitting in diners, restaurants and overhearing conversations. Pulling from snippets and conversations from people around you. The idea of working overtop of a historical object, and drawing into the flaws.

Drawing collaboratively out of the studio and in a setting with food or drink/ coffee … a setting that is more of a fun setting that feels like you are hanging out. Not a precious moment, more carefree. 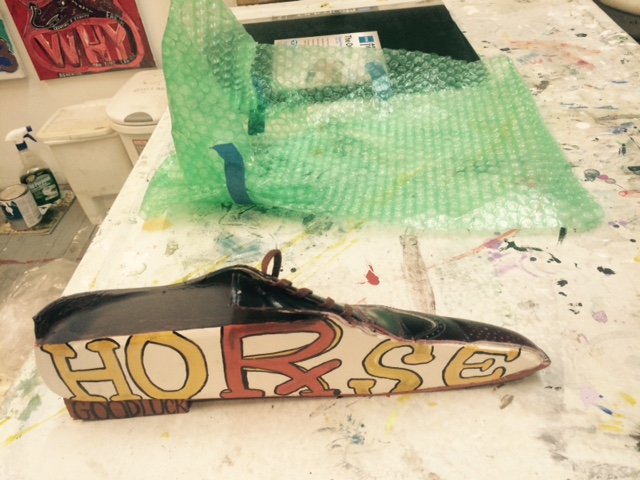 Any tips for young artists just starting out?

Try not to excel too fast. There is no rush to any sort of top, that world is too negative it spits you out as soon as you get to the top. Do not forget the people who helped you in the beginning. Be yourself, don’t get all screwed up on drugs and alcohol or think you have to do a certain thing to gain recognition or acceptance, dying tragically at 27 isn’t cool.

For any folks unfamiliar with your work—where is a good place to start?

Talk to my Dad. Just kidding, actually I’m not he won’t stop talking about my artwork but lately he has been doing his own work. Greeting cards and bag paintings, and has been talking about himself and his own art work a lot. He is a former car salesman so he has no shortage of the gift of the gab. You can also visit my weebly site, and there is a link to the Canadian Pez Museum a side project I have with my family.