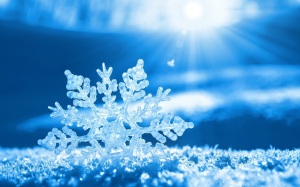 I just finished the final draft of my book that will be published by Penguin next April, and I couldn’t be more excited! It got me thinking about how it all started, and how you never know which of your efforts and passions are going to gain momentum and turn into something awesome.

A friend of mine runs a little bar/coffee shop called the Waypost. A few years ago he told me he was hosting a lecture series, where people could talk about anything they wanted, and would I be interested? I thought, sure, why not? As I had been doing a lot of research into the paranormal, I suggested a lecture on “Bigfoot, Loch Ness Monster, and UFO’s”. At first I worried maybe that idea for a lecture was too weird, too idiosyncratic of a thing to talk about, and so why bother? Who would be interested? Still, it was what I was fascinated by, so I did it. (My thinking being that there was some commonality behind these seemingly disparate supernatural sightings. I did a lot of research into Jungian archetypes —Patrick Harpur’s book Daemonic Reality was a revelation, and I had fun presenting the talk.) It was a unique mix of weird, but also logical and rational.

Anthony Alvarado at the Waypost

That was the snowflake. Later, when I approached Arthur Magazine about writing for the Arthur blog, I knew I wanted to harness that same blend of reasonable and inquisitive + magical and weird. That was the snowball.

The ideas that I developed for Arthur ended up being put out as a small press book by Floating World comics. That first edition quickly sold out, and ended up helping me to land a great agent, and a great book deal with a fantastic publisher due out next April! That’s the avalanche. Pursuing writing as a career has always been my dream, and now it is a reality!

But none of it would have happened if I hadn’t just followed my whim, and my curiosity, and for no other reason than I thought it would be kinda interesting, put together a small speech that I presented for free to a crowd of maybe 15 people! When that snowflake first appeared on my horizon, I thought it might be too small to be worth pursuing, but I went for it anyhow. Why? Just for fun!

If you believe in something, if you are curious, if you are passionate about something then jump in there and get to work, no matter how small that first impulse seems. Chase your snowflakes: the whims, the fancies, the little notions that strike you. Because you truly never know what that snowflake might turn into. 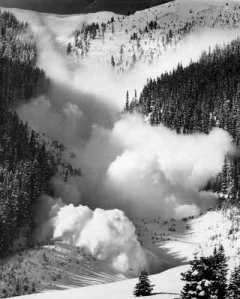