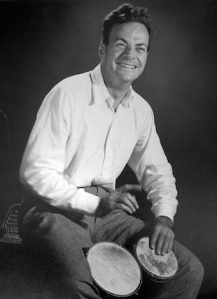 The battle royal between Science & Spirit was called years ago, Science was declared the winner, and Spirit declared vanquish. Now the champions of Science predict that we shall march boldly foward, ever further into a glorious Utopian society, in peace, and harmony, ruled by science and reason, all supersticious nonsense and religion and spirituality, and anything that can’t be measured by a man in a white lab coat will one day be eradicated to humanity’s forgetten dustbin . . . and perhaps then we shall finally have flying cars and nutrituois meals that can be stored in the form of a pill. Sure, pal.

At first glance it might appear foolish for me to announce that it is time for Science and Spirit to go another round in the ring. And foolisher still to be rooting for Spirit, but that is exactly what I intend to do here. This seems like madness right? After all science is never wrong, right? I mean a fact is a fact. Science is proven. We can’t argue with science! And spirituality is said to be just a bunch of baloney believed by the ignorant and the uneducated . . . what will I be saying next, that we should avoid education and champion ignorance as well?

I can see this is going to be a tricky, and delicate line to walk. Don’t get me wrong, I am not anti-science at all. In fact I even taught high school science for a while. I think that science literacy is very important, it is a building block of democracy, something to be pursued by anyone with a curious mind, and of profound importance. However, I don’t think that we need to allow the scientist in his white lab coat from some Ivy league research center dictate to us the nature of reality. Science is a body of thought continuously in motion, continuously being added to and adjusted, it is not THE TRUTH, it is the pursuit of THE TRUTH. The first thing that the genuine student of science learns is that science is fallible. I remember this came as a bit of a shock to a lot of my students. But it is that same idea, that oh people had to figure this stuff out, it’s not just a bunch of facts that you memorize out of books—that is what makes science fun and engaging.

To be fair, I don’t really have a bone to pick with science so much as the mechanistic worldview that it paints . . . because science is ipso facto incapable  of grasping the non-physical. Another way of putting that is that science can only grasp he objective nature of existence, it cannot touch the subjective experience. One has only to sit still in a chair for 5 minutes with eyes closed to notice that the existence is as much subjective as objective.

The fanatics of science, it’s modern day prophets, writers like Richard Dawkins crusade against the modern heresy of superstitions, magic, ESP, crytopzoololgy etc. like In a way science is inherently a lot less reliable than subjective experience. You know what you feel, no body can tell you otherwise. Science, historically speaking, has an almost hundred percent track record of being wrong. That’s the point really, a theory is only true as long as it can’t be disproved. Our scientific beliefs are constantly evolving, they have changed before in the past and you can be damn well certain they will continue to change and evolve in the future. So to view science as dogmatic fact is the wrong idea.

Let me give you some examples. It seems every day science changes its mind about some fact, jus this week i was announced ha muli-viamins actually don’ do a thing for you and ani-bacerial soap is bad for you. Bu I hough science gave us these good things? Yeah, and remember margarine?

One of the biggest— we used to be quite certain that the sun revolved around the earth. We even had the specifics of how everything moved about on a bunch of crystalline spheres. When Ernst Chladni, the first physicist to suggest that meteorites were actually rocks from outer space published his work in 1794 wikipedia tells us “The scientific community of the time responded with resistance and mockery.” 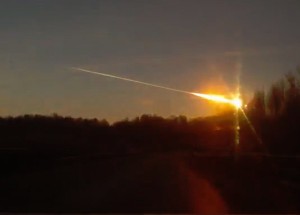 Scientists didn’t beleive in the fact that the continents were moving around (plate tectonics) until the 1950’s! One of the first guys to look through a microscope Nicolaas Hartsoecker was convinced he saw “tiny preformed men” in sperm cells. For a long time after that people believed that humans were just much larger version of these little “homunculi”. The first scientists to argue that glaciers moved on their own, and were responsible for shaping land, were met with hostility, mockery, and a lot of resistance by their peers. Even though peasants, uncontaminated by scientific orthodoxy had long known that glaciers could move boulders.

Hmm, mockery, hostility, resistance, sound familiar? I bet it does to any open minded person who has tried to study the supernatural, the unknown, the subjective and the metaphysical. My point is simply that we need not let science bully us into the sterile, purely mechanistic, soulless world view. While some would like you to believe that science has prey much found all of he answers, and is just mopping up a few small details that is far from true. The amount about life, the world, the universe, and existence that we don’t know the answer scientific answers to is vast, and I believe always will be. Science is a bit of a hydra, the answer to every question only raises more questions. We discover everything is made out of atoms. Bu what are those made out of? We discover atoms are made out of electrons , ok what are those electrons made out of? Oh, we figured out electrons are made from quarks. Fine . . . but what are those made from? Super-string?

Science is the kid in the back of the car forever asking “Why is the Sky blue?” and every answer given is met with another “but why?” Spirit is the kid in the back of the car who looks at the blue sky with wide open eyes, and enjoys the sky simply for being what it is. All I am saying is that they can be the same kid. It doesn’t have to be a boxing match, it can be a dance. We can honestly and intelligently ask why about everything and follow science, and think critically, we can also learn where science is unable to read, and o go some places in the human mind, the human experience science isn’t enough, but we shouldn’t let scientists, or he detractors of spirit mock or nay-say our ability to experience the spiritual, the profound, the subjective, the numinous, for reality is all of these things and more.